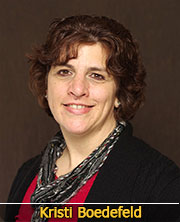 Kristi Boedefeld joined our teaching team in October 2012.  She began working in child care at Playhaven in 1986.  She then worked for five years at an in-home group center called It’s a Small World where, after a couple of years, she became the Program Director.  Prior to joining our team, she spent the last eighteen years as a Program Director at School’s Out Before & After School Program.

Kristi & her husband Jon live in Waterloo with their four boys. Besides her obvious LOVE of children, she enjoys spending her days being a crafty queen (stamping, sewing, quilting, painting) and spending quality time with her family.